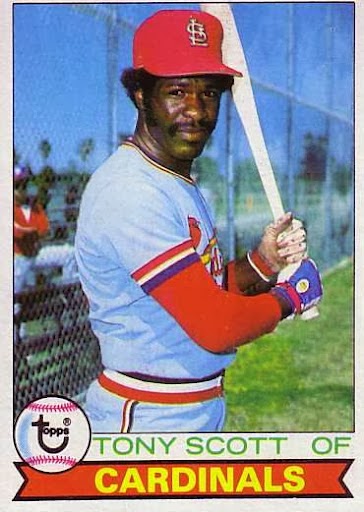 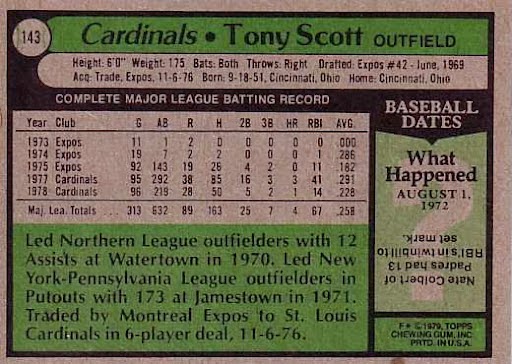 Card Front: ﻿Welcome to a spring training road game in Florida. It is cool to think back to the times before MLB was all about a money making business, and guys would wear normal unis in spring. I think that the Cardinals were one of the few teams that could make the blue roads look awesome. Tony was very color coordinated with his hat, sleeves, and batting gloves.
Card Back: It is always cool to see a 42nd round draft pick make it all the way to the show. While Tony never really got the chance in Montreal, he was average in St. Louis. Tony would make average into a fairly long career though. Tony was much more of a defensive guy than his offensive numbers.
Six degrees or less to Seattle: During Tony's farewell season, he would find his way back to where he began in Montreal. One of his Expos teammates was Gary Lucas. Gary would pack up and two years later, he would be helping the California Angels to the ALCS in 1986 with Jack Howell. Jack was another of the traveling type. During the 1999 season, Jack was in Houston with the Astros. After signing as a free agent before that season, Matt Mieske would make into 24 games for the Mariners. In mid-June of that year, the Mariners traded Matt to Houston for Kevin Hodges allowing Matt and Jack to play as Astros together.
Next Card: #144 Sandy Alomar, Rangers