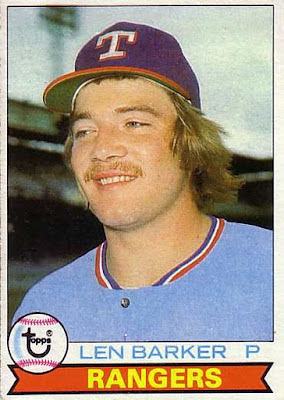 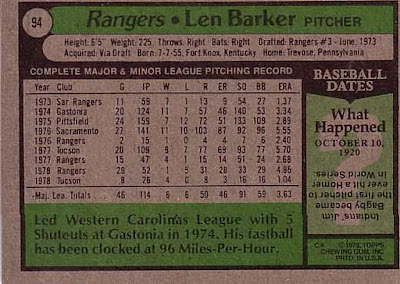 I just hated this photo in 1979. And it didn't help that the card was one of those double-printed deals, so you always ended up with dupes of it.

Some of Barker's later cards are fantastic, so I guess he can get away with one lousy one.

"Funny that Len was traded in October of 1978 to the Indians, but is still shown in Texas colors."

By this time, Topps had completely given up on updating any new teams due to transactions that ocurred after the end of the season. If you finished the 1978 season with the Rangers, your 1979 card showed you on the Rangers.