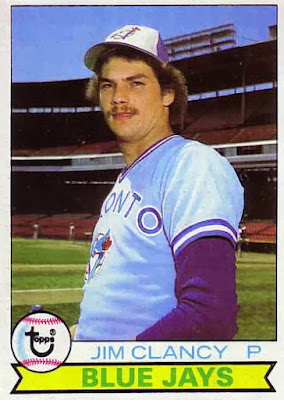 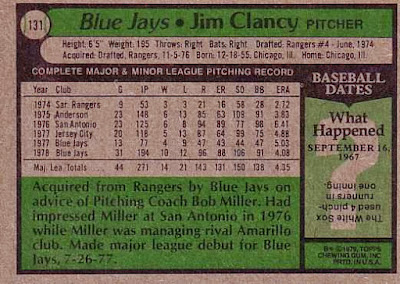 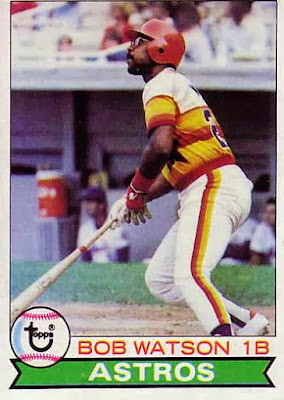 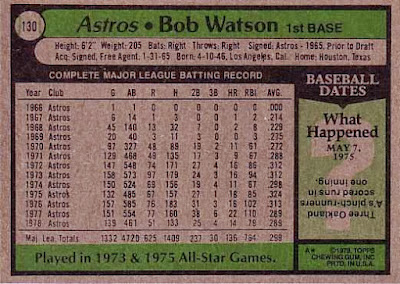 Card Front: It almost feels like a Skittles commercial. Taste the Rainbow. I really think it would be great if the Astros would wear these as a Sunday special. It seems as though we find Bob taking in a spring training game against the Mets. This definitely isn't the Astrodome, but I doubt they would wear white at Shea Stadium. It is always good to track the flight of your hit.
Card Back: What a long list of stats. It always neat to me to have seen a card with player's stats from only one team. That would be the case for Bob, but this would be one of the final ones. During the 1979 season he would go to Boston. In his final five seasons, he would make it to New York and Atlanta also. Not too bad to be an All Star in the mid 70's during the times of some great players.
Six degrees or less to Seattle: During Bob's long run in Houston, he had many players come and go in the locker room of the Astrodome. During the season in 1977, Bob would play with Terry Puhl in the rainbows. Terry would be around for a long time, and would spend some time in 1991 in Kansas City as a Royal with Brian McRae. Brian would make some time in Toronto in 1999, and one of his teammates for three games was Anthony Sanders. Anthony would come to Seattle in 2000 for one game, and would see nine more in 2001 only to have no more big league career.
Next Card: #131 Jim Clancy, Blue Jays
﻿
Posted by Mariner1 at 6:22 AM 1 comment: 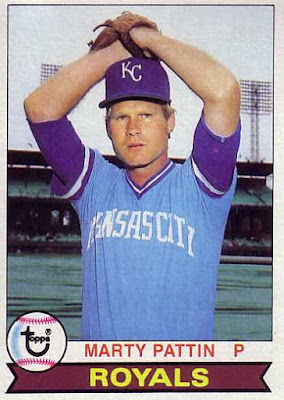 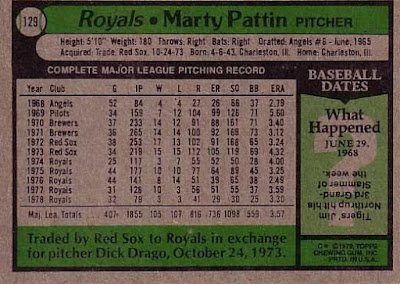 Card Front: It appears to be a rainy day in Detroit for Marty and the Royals. I guess if you can't play in the rain, you might as well catch up on some pictures for next season's baseball cards. There are some things you just miss like old stadiums, pullover jerseys, and powder blue. We all wonder though, where the ball Marty? Hello, McFly!! You need to convince us you are pitching by having a ball in your hand....
Card Back: I am one that loves to see lots of minor and major league stats on cards. I do like guys that have lots of big league stats with more than one or two teams. The amazing thing is the way that players back in the day could throw many innings and put up numbers, while players nowadays are so limited by pitch counts and other limitations. Amazing that you could hit 3 grand slams in one week.
Six degrees or less to Seattle: Yes, Marty was a member of the short lived Pilots in 1969. During Marty's rookie season in 1968 he was a California Angel with Tom Burgmeier. Tom would string it out until he was part of the Oakland A's team in 1984 with Dave Leiper. Dave would play around to find himself in the city of brotherly love in 1996, to be a Phillie with Scott Rolen. Scott would make it to the 2007 style of the St. Louis Cardinals with Brendan Ryan. Brendan had spent the last three seasons in Mariner blue to only recently be sent t the New York Yankees.
Next Card: #130 Bob Watson, Astros
Posted by Mariner1 at 7:42 AM 2 comments: 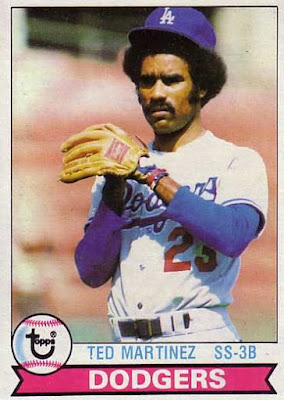 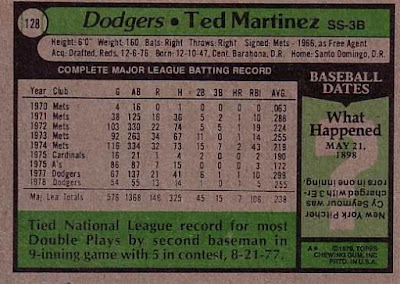 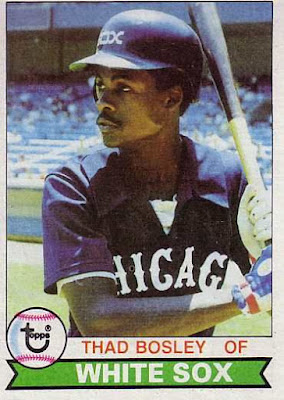 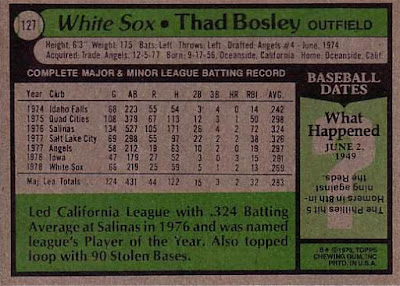