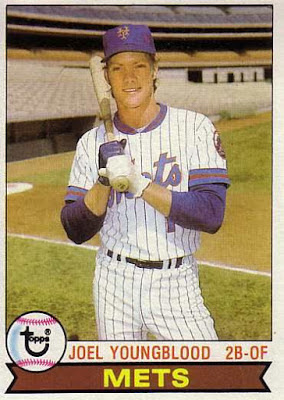 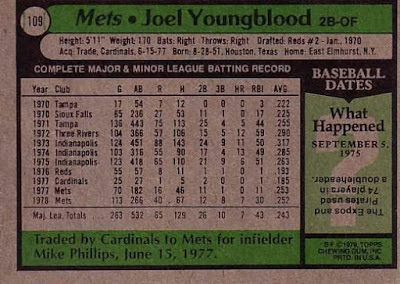 Cool, we both have Youngblood as our recent post. I'm not the most fashion conscious guy but wearing two different batting gloves would drive me nuts!

The Reds really did him a favor by trading him. He wasn't going to get a chance to play with the machine.

Very Cool! Im a big fan of 79 topps. Thank you for the mention and I will be looking forward to future posts!