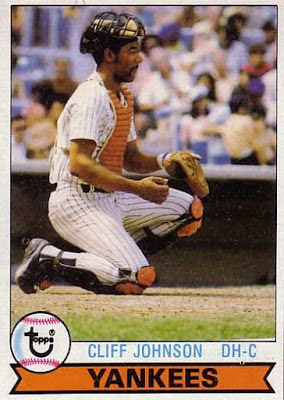 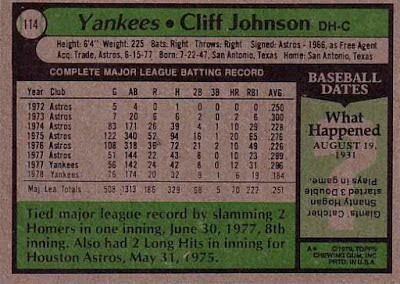 Clifford makes that chest protector look like a bib!

Most of the guys who go out to warm up the pitcher while the in game catcher gets ready, don't put the shin guards on. So it's probably safe to say Johnson was playing catcher that day.
Johnson only appeared in 21 games as a catcher and we can safely say this was a home game during the day. Johnson played six games as a catcher at home during the day. April 14/15, May 28, June 18, July 1, and August 2.
Besides Johnson was such a bad ass he probably wouldn't wear gear if he didn't have to.

I think a "long hit" is any extra base hit.